Read this recent article from BhamNow.com

Get away from it all and enjoy an era bygone, one of Victorian comfort and genteel relaxation. Relax in our beautifully decorated Birmingham bed and breakfast and experience a restful night’s sleep in one of our luxurious rooms. Wake up to an elegant breakfast in our formal dining room, served beneath the crystal chandelier on fine china and crystal stemware in an atmosphere of Southern Hospitality. Then enjoy your day in the Five Points South Historic District, the Downtown Financial District, and the University of Alabama at Birmingham. You will enjoy the unique amenities and personal touches of our victorian inn, as well as many exciting attractions of Birmingham, Alabama. Your stay at the Hassinger Daniels Mansion Bed and Breakfast will be superior to a stay in conventional hotel lodging. 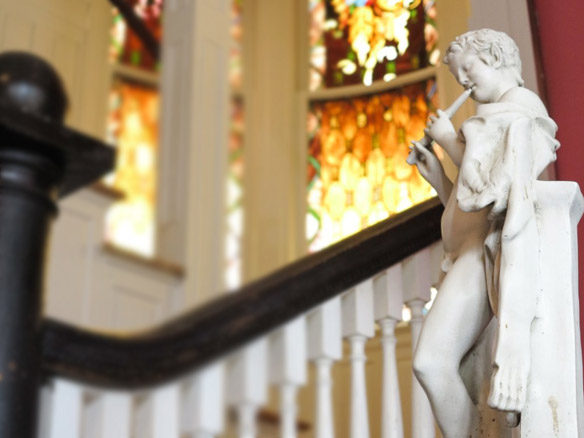 Innkeeper has received 5-star ratings from 90% of recent guests.

90% of recent guests rated the Innkeeper 5-star in communication.

#1 on Trip Advisor in Birmingham City and Surrounding Region

Comfortable Rooms For Everyone

Please take a moment to explore the many rooms and suites we have for you to choose from at the Hassinger Daniels Mansion B&B. Each of our rooms and suites has its own unique style and personality. We are sure you will find the perfect one to call home during your Birmingham stay. 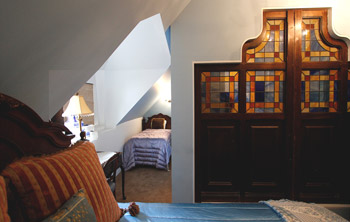 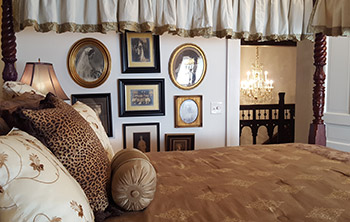 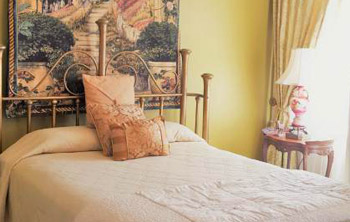 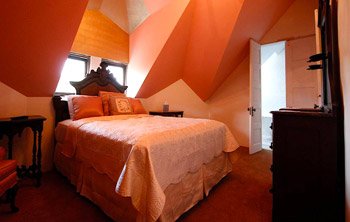 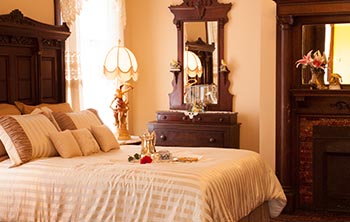 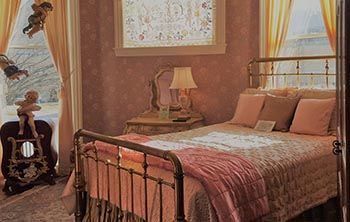 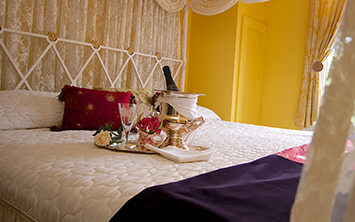 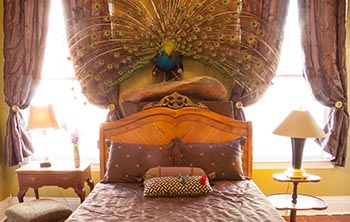 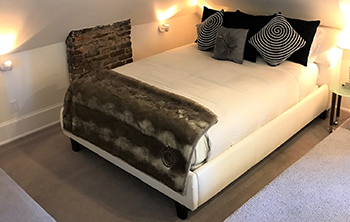 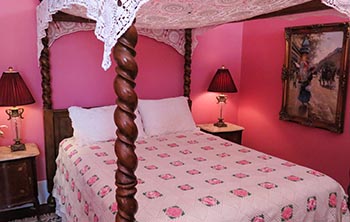 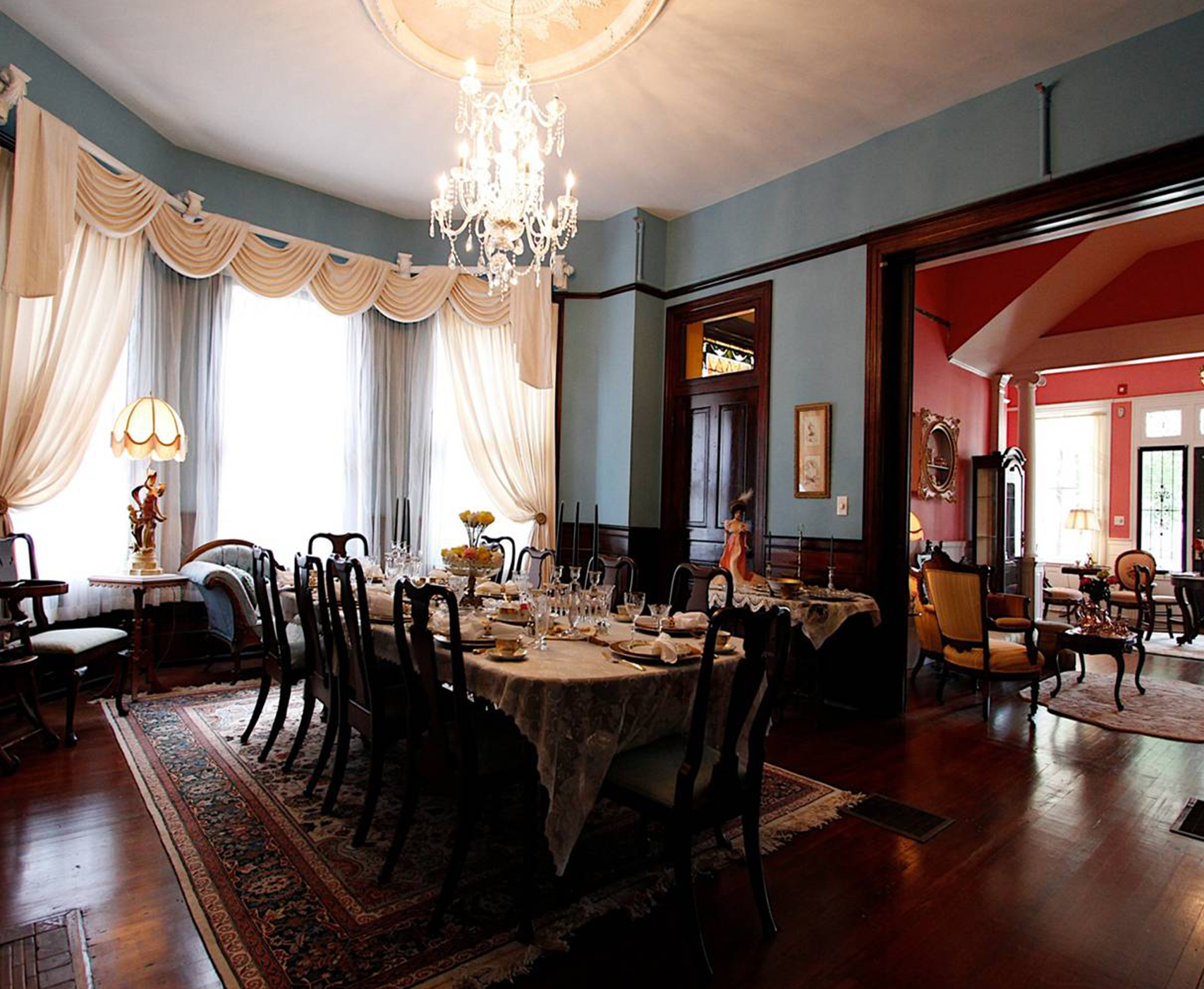 The inn is available for weddings, afternoon teas, graduation, corporate meetings, and other special occasions.

Savor the opulence of Victorian design and décor, by staying in one of the rare mansions of the Golden Era of the industrial age, built by the President of the Iron Company.

Hera’s Loft is our very popular modernist décor room. If you wish to sip champagne while taking in the sunset from your private balcony, choose Hera’s Loft or Southern Belle.

Enchanting Turret, the honeymoon/anniversary suite, is our most opulent offering at 1,200 sf. It has a 4 poster king sized bed with bed scarves, a queen size bed inside the architectural turret and a private living room.

Birmingham, we’ve got some “breaking” development news. Last week, on Historic Highland Avenue, on a tree in front of Hassinger Daniels Bed and Breakfast, a whole village has magically appeared, with tree houses, pathways and even a carousel. Its occupants? Gnomes, fairies, unicorns, snails and your imagination!

So, how did these two magical places come about? We talked to Sheila to how it all came about. In her own words, “We have an area behind the parking lot of Hassinger Daniels Bed and Breakfast that joins Highlands Bar and Grill that has been used pretty much as a dumping ground for the past ten years since I’ve owned the mansion. The garbage just piled up.”

“When the pandemic happened, we closed down for about 90 days beginning around March 15. Everyone was suddenly gone. No one was traveling. I was looking out from my business office and I said to myself – let’s make this something joyful instead of a back alley where people feel frightened. I added more lights and decided to make a Gnome Village. What’s great about gnomes, they can change. Around St. Patrick’s Day they look like leprechauns and Christmas, they can become elves. I’m an architect and thought it would be cute to have a little village. There are stores, a ski jump, even a labyrinth, just in case someone wanted to mediate. There are frogs, fish, turtles, plants, fairies and the gnomes.”

According to Sheila, since Gnome Village No. 1 was developed the alley has become much more pleasant, people don’t drop their trash in the area like they once did. It is also a draw for her guests and they take walks to Chez Fonfon, Oceans, Bottega and Galley and Garden. Sheila credits her grandchild and grandniece for helping add many of the playful items in the village, including the fairies.

Her assistant Loraine Burton has also been invaluable, helping her construct the village and come up with creative ideas, every step of the way.

Seeing the joy the Gnome Villages give visitors, her family and herself, Sheila hopes more Gnome Villages can magically appear elsewhere in Five Points.
“My hope is that this will attract positive things in the middle of a pandemic. Frankly it keeps me outside which is good for my health. I would love it if others would pick up the idea. I’d be glad to help them. Since this is Five Points, ideally, you’ve got one and two. Wouldn’t it be nice to have 15 (villages). We could make a nice little map to give out to visitors here.”

Now that is a magical dream we can all get behind!